Before you extend your visa ensure that you meet the requirements for the Thai retirement visa. If you are married to a Thai then also ensure that you meet the requirements of the Thai marriage visa while in Thailand. You can apply for a Thai visa at the Thai Embassy in Cambodia as you can travel from Sisaket to Cambodia very easily. See the contact details for the immigration office in Sisaket.

Sisaket is a province located in the northeastern region of Thailand. The capital city of Sisaket is also named Sisaket. It is known for its rich cultural heritage, including many ancient temples and ruins. Some popular tourist destinations in the province include Wat Phra That Choeng Chum, a temple complex with a Khmer-style tower. There is also Phu Kao-Phra Wihan National Park, which features scenic landscapes and wildlife. Sisaket is also known for its traditional Isaan cuisine, which features dishes such as som tum (spicy green papaya salad) and grilled meat.

Details of Thai Immigration in Sisaket 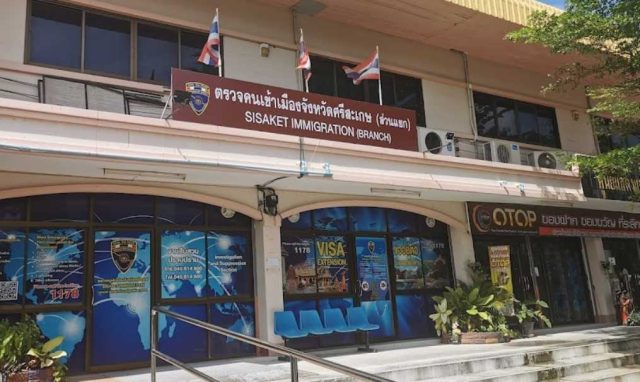